Event “Będzin houses and their stories” 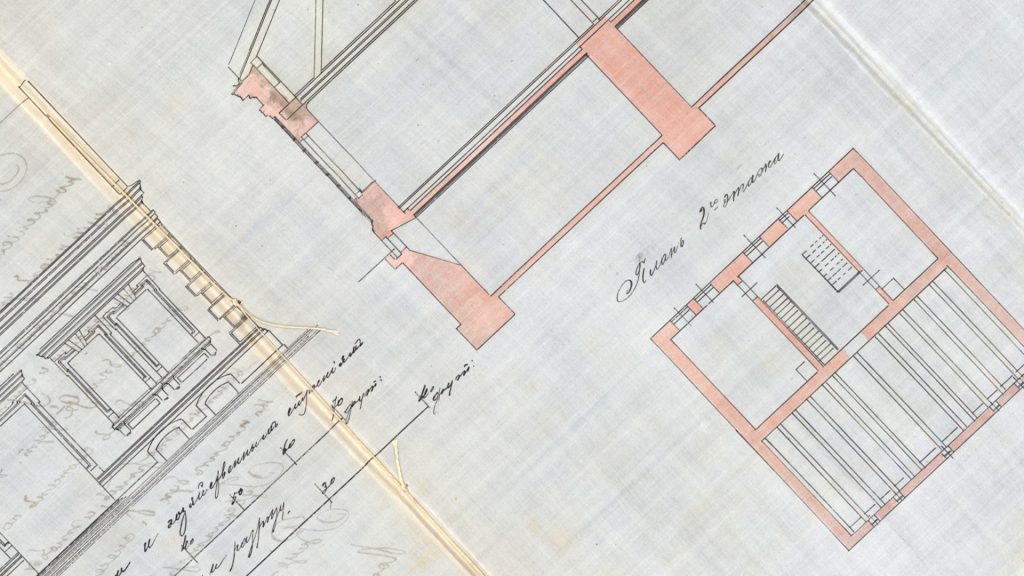 We invite you to a meeting with the authors of the “Będzin houses and their stories” project. The meeting will start at the Cukerman’s Gate, then we will go for a short walk in the footsteps of the non-existent city.

The genesis of this project is a similar activity that we implemented several years ago in Bytom. Based on the German building archive from before 1945, we created the Digital Library of Bytom Architecture – the largest online database of knowledge about local architecture created before 1945. We have long wondered how to implement a similar project in Będzin. Have historical building documentation of houses survived from the time when Będzin was within the Russian Empire? And if so, where to look for them?

Thanks to the historical work of Grzegorz Onyszko, it was found that the construction documentation of the Będzin tenement houses is to a large extent in the State Archives in Łódź. We decided to present the large part of it on our website. This is how the “Będzin houses and their stories” tab was born. We’ve included here selected projects, architectural drawings for 50 objects from the late nineteenth and early twentieth century. These are mainly fragments of construction documentation of residential houses located within the very center of the city.

The development of archives was difficult due to the fact that all documentation was made in hand-written Cyrillic letters. Our translated descriptions have been standardized – they include the name of the investor (owner), year of documentation, historical address and today’s location. In many cases, finding out even this basic information was quite a challenge. The irreplaceable Andrzej Ciepał supported us in translating and establishing contemporary addresses.

Through these archives, we want to show you the momentum with which the city was expanding at that time – it was then that the wooden cottages turned into stone tenement houses, we can trace the topographic changes that occurred in the city at a later time. Trying to relate these architectural designs to the space of today’s city, we must accept several reservations. First of all, many of these objects have not survived to the present day. The area around the castle, a large part of Zawale Street, the northern frontage of Aleja Kołłątaja were demolished during the German occupation and during the Polish People’s Republic. In addition, many buildings were built in a form significantly different from that contained in the building documentation. This archive collection can therefore, on the one hand, be the starting point for a new in-depth study of the history of each of the objects. On the other hand, this archive collection is for us a specific, beautiful and nostalgic image of a city that no longer exists and perhaps never was.

All documents come from the collections of the State Archives in Łódź.

Project co-financed from the budget of the Śląskie Voivodeship