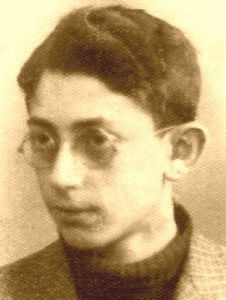 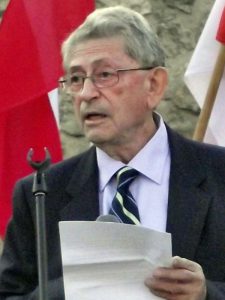 For four years he attended primary school „Mizrachi” in Będzin. He survived the liquidation of the ghetto in Dolna Środula in August 1943 with her parents (David and Miriam Liwer) in an underground hideout which they left after a week. Until November they worked on the cleanup of the remains of the ghetto. Then they were hiding with a Polish family, then they were smuggled to Slovakia. After 4 weeks they arrived in Budapest. In June 1944 they went to Romania and on 17.

July 1944 finally reached Palestine. 16-year-old Menachem was sent to Kibbutz Mishmar HaSharon, from the beginning of 1947 he moved to Kibbutz Ma’ale HaHamisha. In summer 1948 he participated in the battles for the liberation of Jerusalem. In 1950 he was enlisted in the army; he served 25 years in the Air Force. In 1975 he retired with the rank of colonel. From 1977 to 1980 he was a deputy director of the El Al airline, and between 1980 and 1993 a city councilor in Tel Aviv. From 2014 he is the president of the World Organization of Jews of the Basin. He repeatedly participated in various celebrations in Będzin.