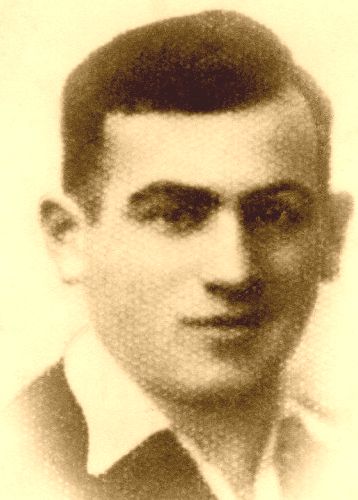 born in 1917, Żarki
died 3. August 1943, Będzin
lived in Sosnowiec
co-organizer of the resistance movement during the Second World War in the Dąbrowa Basin, Zionist youth activist

In the spring of 1941 in Żarki, as an activist of the youth Zionist organization Hashomer Hatzair, along with Josef Kapłan, he founded organizatoional agricultural farm.

From January 1943 he operated in Będzin as a member of the leadership of the Jewish Combat Organization (ŻOB) in the ghetto. Along with Joseph and Boleslaw Kożuch and Frumka Płotnicka he coordinated resistance in the Będzin and Sosnowiec ghettos, where he participated in the defense of the bunkers. He was murdered at the beginning of August 1943. His brother Aharon survived the war.

His name is listed under the last letter sent by combatants of the Będzin ghetto on 17. July 1943.