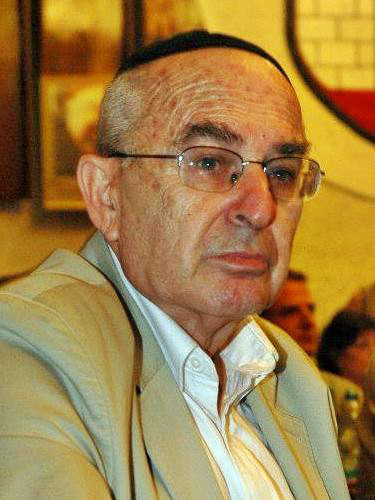 During the war Majloch, Gustava and Marek Szpigelman were hiding in Będzin, then they lived in the ghetto in Środula. They fled during the deportation to Birkenau. Marek survived the Holocaust dressed as a girl. They welcomed their liberation in Katowice. The story of his survival was presented in a book “The Words To Remember It. Memoirs of Child Holocaust Survivors” (2009).

In 1949 the Szpigelmans immigrated to Australia, where their sons Jim and Allan (now both professors) were born. In 1965, Mark Spigelman received a baccalaureate degree in surgery at the University of Sydney and in 1971 he received his surgeon’s certificate at the Royal College of Surgery in London. He also studied archeology-anthropology. He has held senior positions in healthcare. He also worked in Britain and Israel, exploring the history and development of microbial disease on ancient mummies. He has had numerous lectures around the world on the topic of paleomicrobiological research, and his achievements have been shown in several documentaries. In 2008 he participated in the World Rally of Będzin Jews.