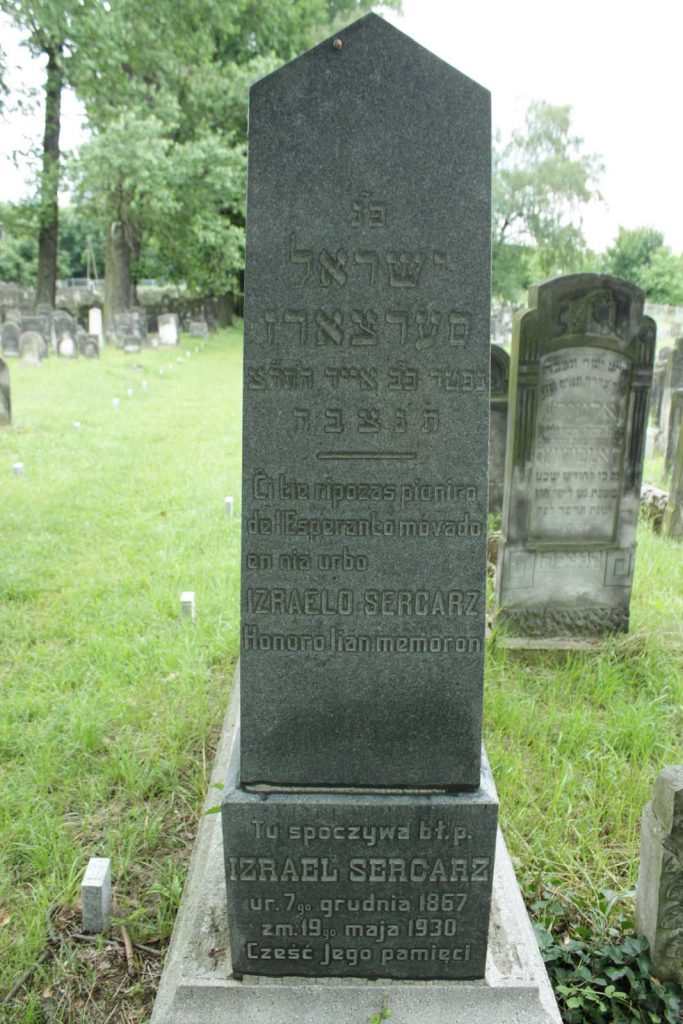 He was the son of David Sercarz, an owner of a „Gambrinus” brewery, and Frajdla de domo Potok. He worked as a vice president of musical, literary and dramatic society „Hazamir” in Będzin, founded in 1907. He was a honorary president of the Będzin Union of Esperanto. On February 13, 1917 he became a councilor of the Będzin City Council from the IV Curia (representing United Central Jewish Committee).

He is buried in the Bedzin-Czeladź cemetery. His tombstone has a unique inscription in Esperanto.