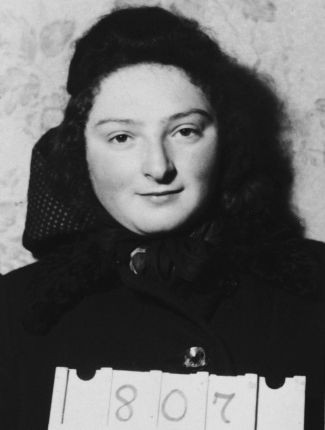 Genia studied in Fürstenberg Gymnasium; in 1941 she secretly graduated from high school. At the same time she worked in the Braune’s “workshop” in Dąbrowa Górnicza. She was an active member of a Zionist youth group Hashomer Hacair. When her mother managed to get Honduras passports, they were put on the list of persons for deportation. But Genia hid in the attic and in May 1943 under the name of Maria Zenderowska was sent as a Polish worker to a farm in Eisleben. Her mother escaped from the ghetto and found her daughter. In April 1945 they were liberated by American tanks in the village of Steinbrück. In September in Göttingen Eugenia married Marian Piński (1920-1993). In 1947, they settled in Poznań, where they graduated. Anti-Semitic campaign of 1968 forced them to leave Poland. In 1969 they moved to Denmark and then lived in Germany (Münster). In 2007 Eugenia Prawer published a book “Będzin Judenfrei City”.