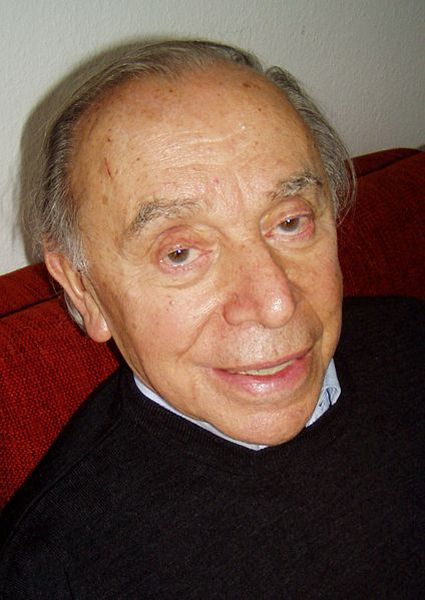 Until 1939 he attended Fürstenberg Gymnasium in Będzin, and was a member of numerous youth organizations. In August 1943, a few days after the liquidation of the ghetto, his family volunteered to forced labor camp in Małobądz, from where they were sent to a labor camp in Annaberg. Then Arno was deported to Ottmuth and Blechhamme. From 21. January 1945 he was forced to walk the winter death march to Gross-Rosen, from where he was deported to Buchenwald, then the Langenstein-Zwieberge. In April 1945 he fled twice during the evacuation of the camp; American patrol rescued him. Along with his mother and three sisters he found himself in a camp for displaced persons in Frankfurt-Zeilsheim. In 1948 he moved to Frankfurt and from 1950 he ran a women’s clothing company Arno Lustiger & Co.

Since the 1980s he completely devoted himself to the study of Jewish anti-fascist resistance in Europe (he is the author of numerous articles and books). In 2007 he received the title of professor of Hesse. He was a cousin of Cardinal Jean-Marie Lustiger.