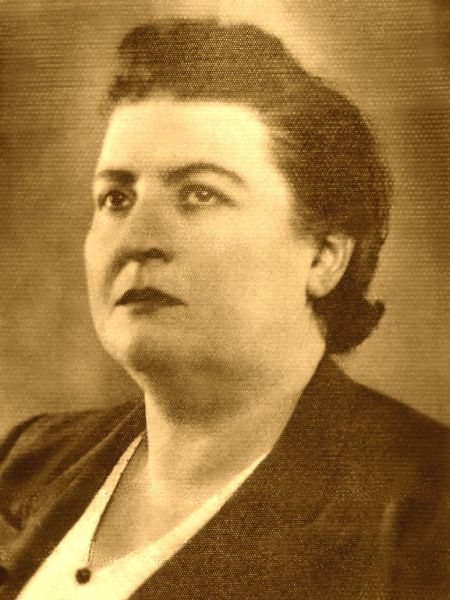 She was born as one of 14 children of Będzin’s Rabbi Issachar Berish Graubart (1847-1961) (from his second wife, Dvora Necha). The family cultivated Jewish traditions. During the war she and her husband, Salomon (Shlomo) Guttman, who was a property owner, acted in local Jewish Zionist underground. In 1943, the family was deported to the ghetto. Her husband was sent to Auschwitz in 1942. Rella immigrated to Israel in 1950. She was very talented sculptor and was very active in Jews of the Basin organization.

Rella and Solomon had three children (who survived the war): Tusia Hercberg, Alexa Gatmon and Dov Bernard (1917-1999), who joined the British Army, and later immigrated to Belgium. His sons are film producer and actor in New York, Ronald Guttman (* 1952) and Belgian violinist Michael Guttman.