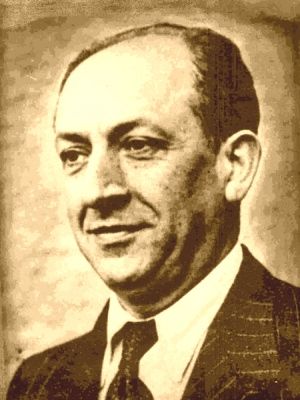 He was the son of the last pre-war rabbi of Będzin, Issachar Berish Graubart and a brother of Rella Guttman. He was a sales representative for a typewriter factory.

At the outbreak of World War II he was the chairman Jewish community in Będzin. In October 1940, he headed the Judenrat of Będzin, subordinated to the Central Jewish Council of the Elders of Eastern Upper Silesia in Sosnowiec. In June 1942, he became a chairman of the Jewish Committee, but in the summer he was replaced again by Chaim Merin. He was a county inspector on behalf of the Head of the Jewish Councils of the Elders of Eastern Upper Silesia. Benjamin and his wife Chana (Hanka) survived the war and lived in Munich.