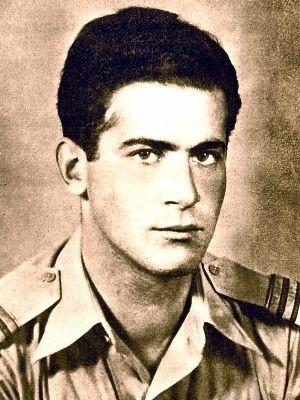 He was the son Zionist activists from Będzin, Solomon and Rella de domo Graubart – daughter of a Będzin rabbi. Olek at the age of 13 bought his first revolver in exchange for a watch. As a 16-year-old he worked in the underground Zionist movement Hanoar Hacijoni. On June 22, 1943 he took part in failed operation to acquire weapons. He escaped, but his companion, Harry Blumenfrucht was captured and hanged. At the end of 1943 he fled to Slovakia, and in September 1944 he reached Hungary. During one of his actions he was captured along with two companions, but survived because on the day of their execution, the prison was taken by Russians.

After the war, he joined a secret group of avengers and in August 1947 he took part in the first sabotage operation in Austria. He immigrated to Palestine and fought in the 1948 War of Independence, promoted to the rank of lieutenant colonel. He joined the Mossad, and in 1960-1964 he was the commander of a covert operation to rescue approx. 100 thousand Jews from Morocco and bring them to Israel. In 1964 he retired and returned to private business.