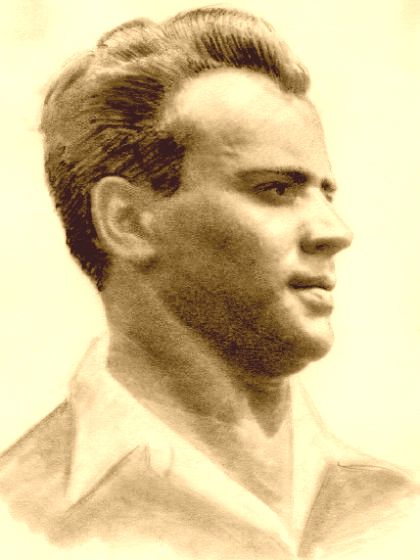 During the Nazi occupation he co-founded the underground Zionist youth movement HeChaluc, (literally: pioneer, settler) and Dror in Będzin, an activist of the resistance movement (also called insurgent) in the Będzin ghetto. He was a commander of the Jewish Combat Organization in the Dąbrowa Basin (ŻOB) in Będzin, set up in June 1942 as a result of the visit from Mordechai Anielewicz, the founder of the Jewish Combat Organization in the Warsaw ghetto. As an educator he took care of the children rescued in action.

He died at the age of 30 in the defense of the so-called bunker – underground shelter of the Jewish Combat Organization in the Kamionka ghetto in Przeczna Street / Langer Weg (presently Podsiadły Street) 24.

Survivors from Bedzin claim that he was the author of a poem in jidysz, which was sung by Jewish militants in Będzin. His name is commemorated on the plaque, unveiled in 1947 on the building at Podsiadły Street 24 (now Rutki Laskier str.).