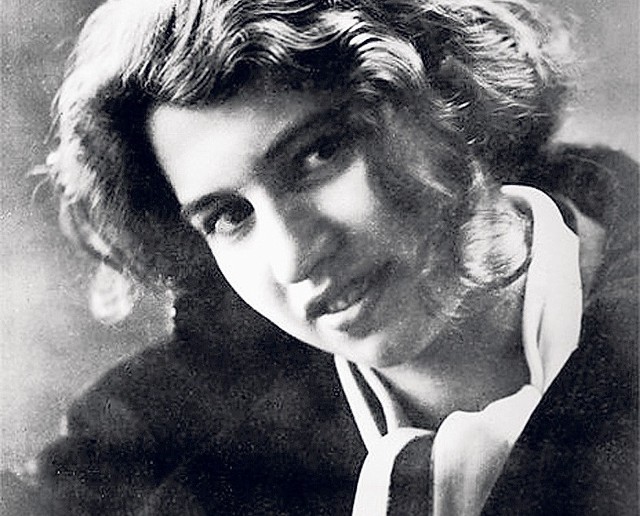 She was the lover of the writer Franz Kafka and the person who kept some of his last writings in her possession until they were confiscated by the Gestapo in 1933. This retention was expressly against the wishes of Kafka who had requested shortly before his death that they be destroyed.

Dwojra Dymant (who also called herself Dora Kafka or Frau Kafka) was the daughter of Herschel Dymant, a successful small businessman and a devout follower of the Hasidic dynasty in Ger (Góra Kalwaria). After her mother’s death around 1912, the family relocated to Będzin, near the German border. At the end of World War I, after helping to raise her ten siblings, Dora refused to marry and was sent to Kraków to study to be a kindergarten teacher. She ran away and went to Berlin, where she worked in the Berlin Jewish community as a teacher and seamstress in an orphanage (and changed the spelling of her name to Diamant). In July 1923 in Graal-Müritz on the Baltic Sea she met Franz Kafka, who was 40 years old and suffering from tuberculosis. It was love at first sight and they spent every day of the next three weeks together, making plans to live together in Berlin. In September Kafka moved to Berlin, where he and Dora shared three different flats before his tuberculosis required hospitalization. Dora stayed with him, moving even to the sanatorium outside Vienna where he died in her arms on June 3, 1924.

In 1920s she studied theatre in Düsseldorf and worked as an actress. In the 1930s Dora joined the Communist Party of Germany as an agitprop actress and married Lutz Łask, editor of a Communist party newspaper.

Dora escaped Germany with her daughter Franziska in 1936, joining her husband in Soviet Russia. After Łask was arrested and sent to the Far East during Joseph Stalin’s purges in 1937, Dora left the Soviet Union, traveling across Europe, reaching safety in England one week before the Nazis invaded Poland in 1939.